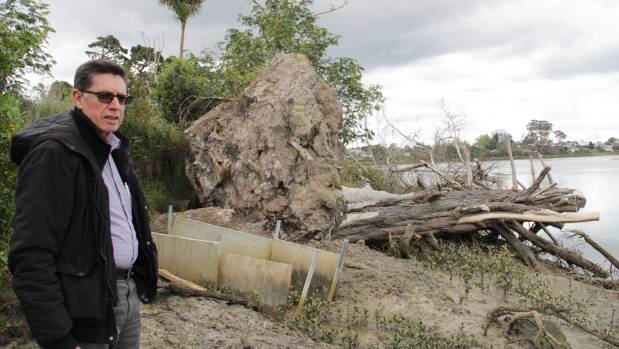 Whau River Catchment Trust chairman Gilbert Brakey is concerned about the large amount of soil slowly creeping into the river.

Work to fix a two-year-old slip in West Auckland is on hold until the land stabilises.

A massive landslide behind some businesses on Rosebank Rd, Avondale is at least 150m long and has closed a section of the Kurt Brehmer Walkway along the Whau River bank.

Trees have been uprooted in the wake of the slip and a kauri is on a precarious lean. 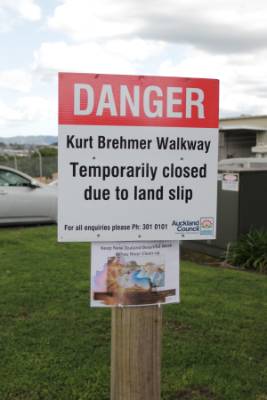 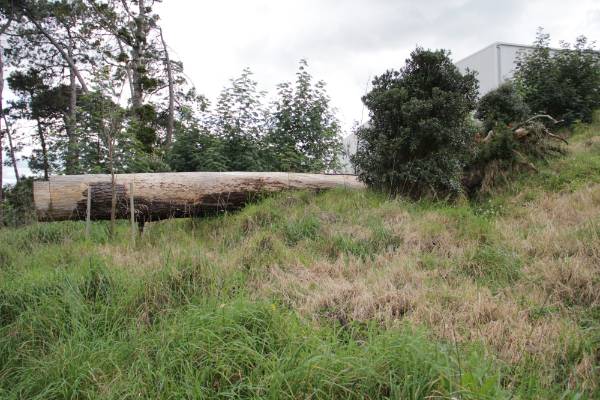 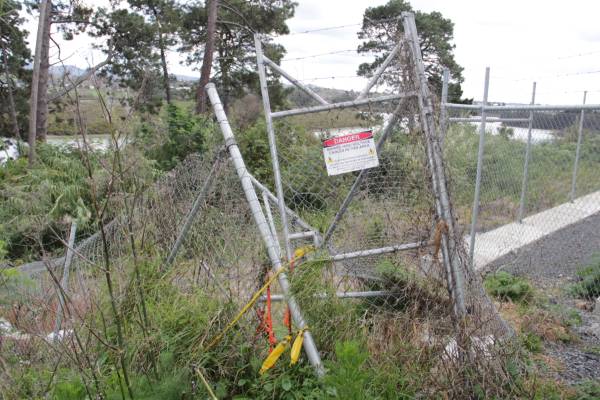 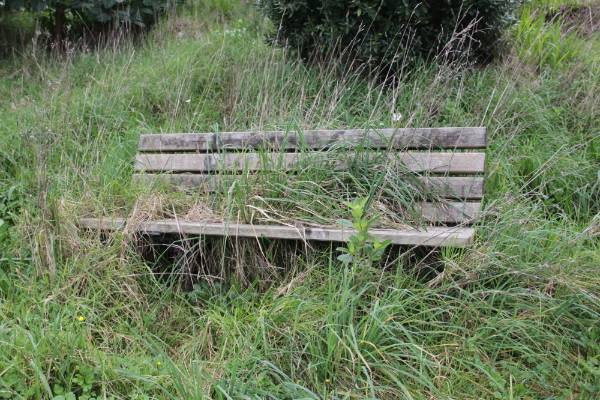 A landslip in Avondale has become dangerous forcing the council to close a section of the Kurt Brehmer Walkway.

A stormwater pipe has been damaged spewing water into the earth instead of into the river and a Vector power cable was also broken.

Auckland Council says the cost of repairing the damage is extremely high and because of this they do not currently have plans for remedial works.

Instead, the council will wait until the site stabilises before taking action to find a permanent stormwater solution.

“It is expected the slip will eventually balance out, however due to the scale and size of the slip, it could be several years before this happens,” local and sports parks manager for the west Grant Jennings says.

Vector is in the process of cleaning up the mess left by the damaged cable.

Jennings speculates that the stormwater pipe was initially damaged when the land first started to move in September 2013.

“A temporary flexible storm pipe will be installed once Vector is finished on site. Once the slip has settled a permanent stormwater solution will be undertaken,” Jennings says.

Over the years environmental organisation Whau River Catchment Trust has spent roughly $100,000 on planting natives along the walkway to try and return the land to its natural state.

Chairman Gilbert Brakey wants the area to be safe to reopen the walkway.

The organisation is in the process of gaining funding to plant out the area and help stabilise the bank to prevent future slips.

The council has fenced off the walkway at both ends of the landslide deeming it too dangerous for the public to use.

A large amount of soil is still slipping into the river which could have a devastating environmental impact, Brakey says.

Jennings says their geotechnical engineers were unable to conclusively determine why it happened.

Engineers are monitoring the site every six months.